He has participated in masterclasses given by Daniel Pollack, Lily Dorfman, Alfred Brendel and Richard Goode and has presented masterclasses at the International Summer Academy of Music in Ochsenhausen, Germany. 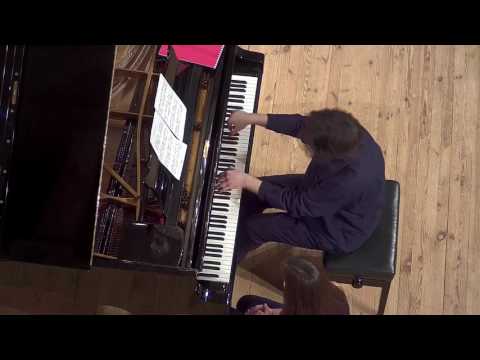 Modest Mussorgsky: Pictures at an Exhibition

V. The Ballet of the Unhatched Chicks in their Shells

VII. The Market at Limoges (The Great News)

IX. The Hut on Hens’ Legs

X. The Great Gate of Kiev