Yu Nitahara graduated with honours from the Tokyo University of the Arts (Geidai) with a Bachelor of Music and a Master of Music, studying under Professors Michiko Kasuya-Ohno and Akira Eguchi.

Yu is currently furthering his formal studies in Austria at the University Mozarteum Salzburg under Professor Pavel Gililov, with a full scholarship from the Japanese Cultural Affairs and Meiji Yasuda Cultural Foundation. 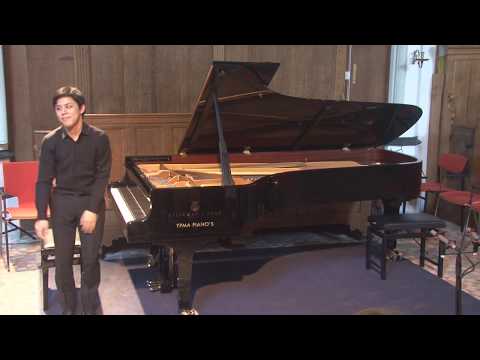 OR Johannes Brahms: Sonata for Cello and Piano No.2 in F Major Op.99